You’ve no doubt read or heard something about meditation as the secret sauce to a happier, healthier and more productive life. If this simple and free practice really does enable us to tap into the golden luminous nature of existence that doesn’t sweat the small stuff… why aren’t more of us doing it? 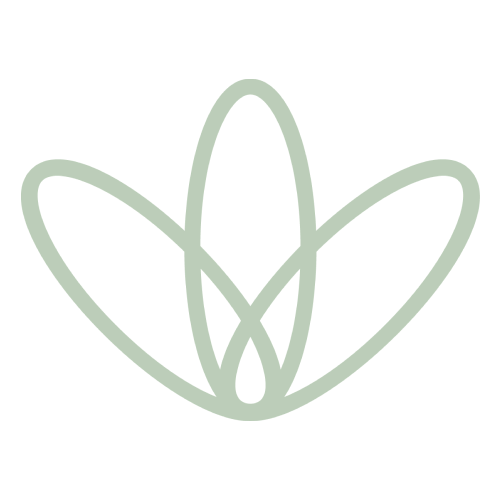 The physical world is what confronts us on a daily basis. For many, going beyond the mechanical side of life is not even on the agenda, let alone a priority. There’s a yawning gulf between the things we must do in a day – waking up, getting dressed, going to work, and so on – and the understanding of the consciousness in which it all plays out. Rather than expending our energy probing around in the dark unknown, we chug along with the stamina of a steam engine, thinking that if we slow down, the dream machine will come to a halt.

When I first started meditating over a decade ago, my intention was clear. I wanted to come to know myself as the user of the brain rather than the brain – the traveller in the body but not the body. The thinker of the thoughts who is far from any thought. I wanted to learn to be in the world but not of it.

I was tired of being my own prisoner, playing the part of jailer and inmate at once. I may have been (relatively) young, but I had a keen sense that I was hardly ever landing in the moment I was in, and missing out on much of the richness of life as a result.

One of the first - and possibly most - important things I learnt in my early meditation practice was that meditating didn’t stop me from thinking any more than it stopped me from feeling. It simply helped me become aware of my thoughts and emotions sooner, practising the mental jumping jacks required for continually moving from thought and sensation to the awareness thereof.

Duly emboldened by this first taste of life in high def, I was ready to tighten my strings to vibrate to a higher note. Was it possible that I could tune into the entire radio band, rather than just a single channel?

Simply by being conscious, we participate in the mindmade world, and help create it every day. If creation springs from consciousness, could it be possible that we can play a part in reshaping reality from its source? Can we experience a sense of wonder that we even exist, participating in the feast of life while simultaneously looking in on it all?

Meditation, for many, is one of the most powerful ways of going beyond everyday awareness into this exhilarating state of meta-awareness.

Choosing a meditation practice can be as overwhelming as confronting the myriad options in the cereal aisle at the supermarket. Mantra, meta, mindful. Transcendental, primordial. Open, focused. As meditation teacher Olivia Rosewood quips, “There are as many ways to meditate as there are to make an egg.”

When I first learnt to meditate, I had to sign up to a course by a visiting teacher, wait in eager anticipation for some months for her arrival, and then continue the practice alone after a short weekend of instruction. The endless buffet of apps and online courses available today would probably have overwhelmed me anyway.

There is much to be said for both the didactical and discursive advantages of an in-person, group-learning experience, and I am encouraged that there are people like Mimi Cooper of The Quiet Inside dedicating their lives to sharing the joys of meditation with anyone wanting to learn.

Presented in a charming little studio with a glorious ocean view in Sea Point, Cooper’s evening meditation classes are an easy option for the harried and hassled to pop in after work. She covers the theory and practice of a different meditation style on each of the four evenings, which are spaced a week apart so students can have a chance to practise and reflect on each before the next session. Her curriculum includes:

There is scientific evidence to suggest that the brain indicates similar effects and results whether you focus on your breath, a sensation, an image or a mantra. While I experience a rather marked difference between such anchored relaxation techniques and open awareness or more investigative meditative practices, there are those who will argue that at the end of the day, it’s all cereal.

Regardless of which form you choose, there is some serious science to support many of the claims you’ve heard about the benefits of meditation. Here are just a few of the myriad insightful studies and results…

*Sara Lazar, a neuroscientist at Massachusetts General Hospital and Harvard Medical School, conducted two separate studies that showed – in brain images – how meditation reshapes the brain. She compared the brain scans of people from the Boston area who meditated regularly with those of people who didn’t. In regular meditators, she found several regions in the brain that had more grey matter – primarily the frontal cortex, which is the part that controls memory and executive decision-making. While it’s been well documented that this part shrinks as we get older, the scans showed that 50-year-old meditators had as much grey matter in that region as their 25-year-old counterparts. Lazar’s findings also show that meditation shrinks the amygdala - the part of the brain that controls anxiety and fear.

*Richard Davidson, PhD and his colleagues at the University of Wisconsin, along with popular mindfulness proponent Jon Kabat-Zinn, put a group of stressed biotech employees through Kabat-Zinn’s eight-week Mindfulness-Based Stress Reduction (MBSR) programme. They found that the employees who completed the course had more activity in the left prefrontal cortex – the happy, calm zone of the brain - than those who didn’t do the training. Researchers also gave both groups a flu vaccine at the end of the training, and found that the meditators produced more antibodies in response.

*A study done by research scientists at UC Davis showed that meditation can lower the amount of cortisol (otherwise known as the stress hormone) in the body.

*It’s been shown that, when we go into meditation, we release up to 65% more of the feel-good and pain-relieving hormone dopamine, as well as endorphins.

*In 2009, Elizabeth Blackburn, along with Carol Greider and Jack Szostak, won the Nobel Prize for their work on telomeres - the protective structures at the end of our chromosomes. When our cells divide, these telomeres shorten and fray. Shortened telomeres are associated with ageing and cancer. In 2012, Blackburn and scientists at UCLA found that as little as 12 minutes a day of meditation for eight weeks could increase telomerase activity by 43%

*Research conducted at the Johns Hopkins University School of Medicine and published in Jama Internal Medicine showed that meditation can provide relief from the symptoms of anxiety and depression similar to that of antidepressant medication. Prescription-free peace.

And then, the most marked benefit in my own life…

While we all have what psychologists refer to us our ‘happiness set point’ or our individual capacity for joy, it’s been shown that we can actually grow new neurons through a regular meditation practice that can reset this. As meditation teacher Amy Budden enthuses, “Meditation can trump environment and genes to help hardwire happiness.”

The fact that there is no cap on the amount of happiness a human being can experience should surely be motivation enough for you to give this meditation thing a go.

The Quiet Inside is giving one lucky reader and a partner the chance to join an upcoming meditation course in Sea Point. To enter, send an e-mail to [email protected]  and let us know why you would like to learn to meditate (or deepen your existing practice).

T’s & C’s: By entering, you agree to opt into promotional e-mail correspondence from The Quiet Inside. Competition ends 31 March 2020.

UPCOMING MEDITATION COURSES WITH THE QUIET INSIDE

To find out more about The Quiet Inside or book your place at an upcoming course, visit www.thequietinside.org or contact [email protected]