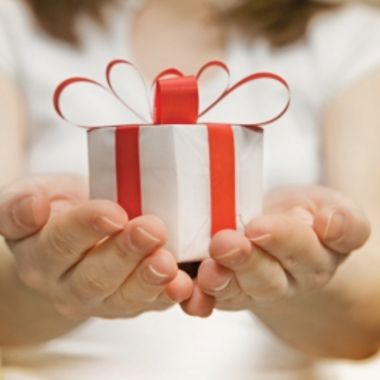 placeholder
Share Print
This festive season, spend thoughts. Spend' yes, but spare a thought and spend wisely. Be generous of yourself.
On the radio, the late Michael Jackson was singing, “I saw momma kissing Santa Claus…” and just as I was thinking “what a wonderful world”, old Satchmo came up next singing exactly that. I realized the year is nearly at an end. This is the time when tiny hands clasp together before bed and whisper soft, candied pleas to, “Gentle Jesus, meek and mild…” for good health, safe travels and “Oh, please tell Santa not to forget…”

The signs sneak up on you. Mom and dad hold clandestine talks that stop when you come along. TV adverts sell everything from turkeys and gammon to toys cars and new cars, vying for our jolly dollar. When Dad comes home with a big Christmas tree tied to the roof of his car, you knew the festive season had arrived. Soon grannies and grandpas, uncles and aunts, cousins and friends will come bearing gifts and food. Christmas is for children, but it is for grownups too - a time for hearts to open up. Christmas, and in a broader more inclusive sense, the festive season, is love in action. Christmas you see, is a state of mind.

While living in the Middle East for 10 years I got to know many cultures outside my own Christian cocoon. It surprised me how everyone embraced the spirit of the season. One of our clients, Brigadier Al Marai, a kind, wise old Bedouin businessman and high-ranking official in the Police force, used to surprise me every year with a personal, timely delivered Christmas card and gift. You’d be astonished to see the malls of Dubai the day before Christmas. Muslims, Hindu’s, Buddhists, Zoroastrians, you name it, are out there frantically mall trawling for gifts.
Somehow we all have an appointment with Christmas. It examines us, and makes us examine ourselves. For many it is a time of great anxiety, loneliness and heartache and when the joy of family and goodwill doesn’t extend to you, it can be painfully isolating.

Pope Francis recently said, “True charity requires courage: let us overcome the fear of getting our hands dirty to help those in need.” Since becoming head of the Catholic Church, Pope Francis has consistently called for open interaction with people from all walks of life, especially the poor, weak and vulnerable. His message is by no means new.

Do you ever watch “The Secret Millionaire” on DStv’s, BBC Knowledge? In each episode a millionaire goes undercover into needy U.K communities to look for charities in need. At the end the millionaire reveals his or her identity and gives away tens and sometimes hundreds of thousands of pounds to these charities. The millionaire’s are always so affected by the experience they frequently become patrons and continue to give. One such donor said: “I now have a new purpose in life, a new drive; that is to make more money, so I can give it away to charities.” Another proclaimed tearfully that he didn’t think he needed to make more money, until now. The gift of giving is indeed more precious than the gift, and you don’t have to be a millionaire either.

One man in particular, Phillip Le Roux, a strong man in his mid seventies, regularly loads his car and trailer with boxes of food and clothes collected from benevolent folk. He travels hundreds of kilometers to the Karoo to distribute goods to poverty stricken communities in backwater towns. He can hardly tell of the bleak, colourless existence of hungry people without breaking down. Their plight has become his plight.

Christmas is a time of generosity and in this spirit I hope you extend invitations to those who might need it. Call up people who need generosity and love and invite them over to enjoy my delicious Norwegian Salmon stuffed with Kaffir Lime leaves and Galangal drizzled with a very secret sauce and festive salad. Personally, me and my daughter Aja have decided, on Christmas day, to help out at a charity. Even if it means I have to clean some elderly fella who didn’t make it to the loo in time, so be it. After all true happiness comes from making other people happy.

The salmon we got was huge and could easily feed 15 or more people – perfect for a feast. As you might imagine, the bigger the salmon is the longer it needs to cook. Ours was a 6 kg whopper and cooked for more than an hour.

NORWEGIAN SALMON
stuffed with Kaffir Lime leaves and Galangal, accompanied by a very Secret Sauce with a Festive Salad

FOR THE SALMON
FOR THE SALAD
FOR THE SAUCE
The secret sauce is called that because it should be as clear as water and so invisible. It usually delights people because the source of the sweet and sour is a mystery, then the chili kick which follows slightly afterwards is another surprise. Delicious!

TIPS How to deseed a Pomegranate, quickly and easily: