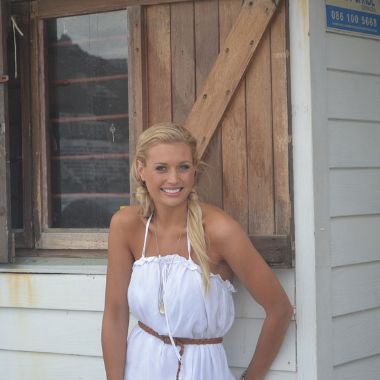 placeholder
Share Print
True yoga prioritises the training of the mind as highly as that of the body. While it is by no means a religion, it can be seen as a form of spiritual practice, serving to help us self-actualise and live our lives in a state of balance and union.
'Firm Your Butt with Yoga', 'Yoga for Killer Abs' and 'Yoga for Bedroom Flexibility' are all glossy magazine cover lines that have made me cringe.   There's no denying the fact that #yoga has become a pop culture trend, and it's great that the practice is being made available to the masses. But although many of the proponents of today's myriad new 'brands' of yoga (think Easy Yoga, Desk Yoga, Yoga for Lovers and Yoga for Pets) are indeed sincere in their teachings and trying to promote yoga in their own ways, many of their methods have eliminated some of the most essential (and beneficial) elements of the practice.   The physical poses, or asanas, that most of us have come to know as 'yoga' actually represent only one of the eight limbs of the traditional yogic path.   It's true that these postures are ancient, tried-and-tested exercises developed over thousands of years to purposefully exercise every muscle, nerve and gland in the human body, and that a committed asana practice will make your body strong, elastic, light and grounded. But yoga is so much more that an exercise routine. It does train the body, but it does so in an attempt to make it a fit vehicle for the soul. The fitness benefits are really just the side effects.   B.K.S. Iyengar, one of the world's foremost yoga teachers and the founder of Iyengar yoga, is famous for asking: 'Where does the body end and the mind begin? Where does the mind end and the spirit begin?' The answer he found through his yoga practice was that, 'They cannot be divided as they are interrelated and but different aspects of the same all-pervading divine consciousness.'   Through its often rigorous exercising of the body, yoga aims to train the mind to concentrate and turn inwards. The asanas teach us to pay attention to what is happening in the moment. If we don't, we could put our bodies at risk. We are invited to direct our minds (and our breath) to the core of each posture, where they are joined in harmony with the body. This kind of symbiotic union can turn our minds ' which for many of us are our worst enemies ' into our best friends. While the mind is stilled by the asanas and the breath, the moving meditation of yoga also encourages us to accept things as they are, exactly as they come and go.   If considering the practice of yoga as a bridge to your inner world and energy feels a bit too 'woo woo' for you, you might resonate better with the fact that yoga works on several levels to improve brain function and balance. It removes impediments from the musculoskeletal and circulatory systems, increasing blood flow to the brain. It has also been proven to change negative brain chemistry, balancing and reducing caustic acids and decreasing the sympathetic nervous system (also known as the fight or flight response).   Whether you respond better to the idea of universal life force or pure brain chemistry, if you can use the state of mind created in your yoga practice to sustain you until the next session, you will surely come to understand how true yoga is actually simply the science of living correctly.     The Eightfold Path of Yoga     Did You Know?       My Journey into the Essence of Yoga by Roxy Louw   Famous local surfer and model Roxy Louw has recently found a new love in yoga. She tells us about her move towards yoga.   I began my yoga journey about three and a half years ago. As a spiritual person, I have always been attracted to it but somehow just never managed to get myself onto a mat until then.   When I stepped out of my first class, I experienced an unprecedented clarity of mind. I felt as close to my idea of spirit as I do when I'm surfing an incredible wave.   Hungry for more of this feeling, I finally enrolled in a yoga teacher training in Thailand last year. While I'd enjoyed the 'power' classes at the studio I attended in Cape Town, I loved the more traditional yoga I experienced on my training.   I feel that a lot of people tend to do physical exercise from a very ego-driven state. We need to learn to be more gentle with ourselves, seeing yoga as a holistic system of healing rather than a means of achieving an exercise goal.   As I've also studied nutrition, I've come to focus a lot on the idea of how we can nourish ourselves on all levels. I'm proud to say that my journey has led me to create Green Leaf Vitality ' my contribution to holistic health and the vehicle through which I will be offering my highly customised yoga and wellbeing retreats throughout South Africa this year.   If you'd like to walk alongside Roxy on a journey towards true (rather than surface-level) health, follow her Facebook page (@greenleafvitality) for updates on retreat dates and venues for the year.